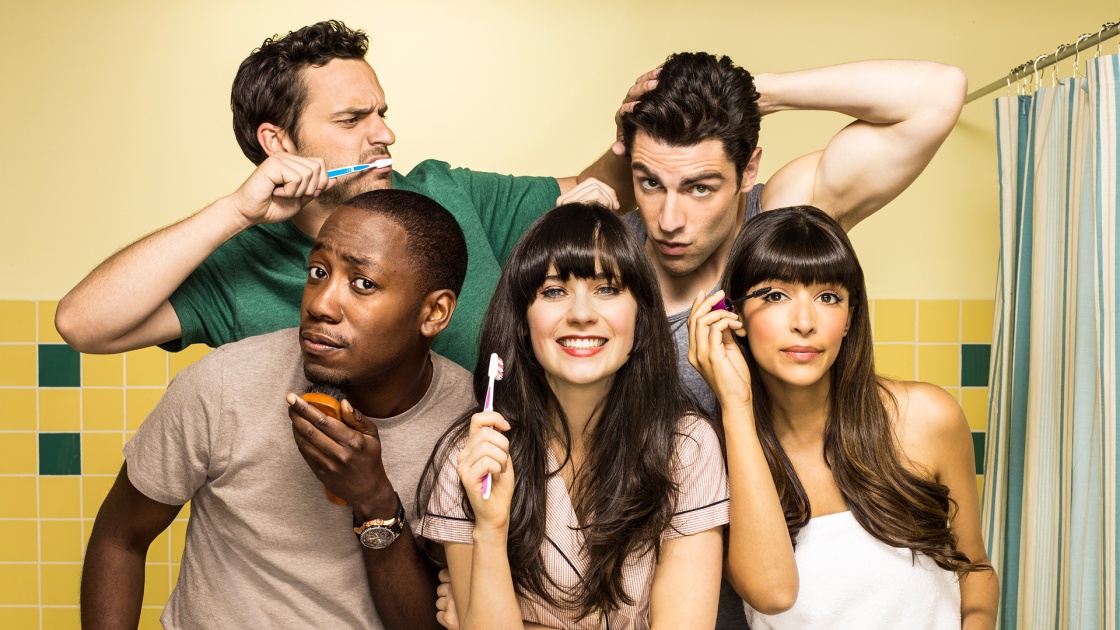 The normalization of sexual harassment in New Girl

Nowadays, it seems like American society is becoming more and more progressive (even if slowly), when it comes to the increase in promotion of women’s rights and respecting women. In pop culture such as TV shows for example, it is common for there to be independent female characters who maintain great careers, and who don’t feel like they need to wait around for guys they are interested in to ask them out before asking the guys out themselves. However, there is still a common trend that even the most “progressive” or most “feminist” of shows still portray that contradict the egalitarian and humanitarian mentality they seem to try to support: the normalization of sexual harassment as well as the normalization of the general objectification of women.

New Girl is one of my favorite shows. I love how it manages to make me laugh and how it contains female characters such as Jess, the main character, and Cece, her best friend; two independent women. I also admire the show for showing the male characters being respectful toward women; however, this isn’t the case in all situations. I was pretty disappointed with this show, which at first seemed to be one with a positive impact regarding its promotion of multiculturalism and diversity, as well as equal values. I noticed that sexual harassment and objectification were normalized and trivialized, implying the all-too-common-even-today notion that “boys will be boys” and that their disrespectful and dehumanizing behaviors toward women are not big deals or “real” issues.

For example, in Season 1, Episode 5, which is titled “Cece Crashes,” Cece is sexually harassed by Jess’s male roommates. When Cece comes over, while being drunk, to stay the night at Jess’s place after being upset over breaking up with her boyfriend, Jess’s roommates treat Cece as their object of entertainment. They enjoy the lustful satisfaction of dancing with her after hearing that she is “a little loose with her body,” as a result of being drunk. Another infuriating incident that was trivialized harassment occurred the next morning, when Cece was stepping out of the shower. When she reached for a towel, instead of having one that gave her more coverage than she was expecting, she only had access to a smaller one. The guys took advantage of being able to see more of her body for their own sexual enjoyment. They crowded her space and gaped at her as if she were an object for their consumption. Although Jess condemned the guys, it was friendly and half-hearted scolding. The intention for the show with was to obviously treat this sexual harassment as a humorous element. Realistically and seriously speaking, harassment is not humorous. There is another example of the trivialization of sexual harassment in yet another episode of New Girl.

In Season 2, Episode 3, “Fluffer,” Winston is having his sexual desires unmet as his current girlfriend hasn’t been in the mood of having sex with him for a period of time longer than he wished for. Frustrated, he fantasizes about having sex with women he knows in his head. And in front of them. For example, Winston openly stares at Cece in a focused, and rather outright creepy, way, as he has sex with her in his head. How in the world is this supposed to be a humorous element of the show? How is such behavior passed as something that’s acceptable in the first place? This is sexual harassment. And sadly, such things are still normalized. It’s astonishing how so-called “progressive” shows like New Girl continue to condense big deals such as these into things that are supposed to make people laugh. The message this show is sending is dangerous, as it implies to its viewers that inappropriate behavior like this is normal and should be ignored or accepted despite how it makes the harasser’s victim feel. Cece continues to be friends with these guys that harass her, seemingly to be fine and not too bothered by their disrespect and objectifying and dehumanizing demeanor.

In yet another episode, two young women move into an apartment near the main characters’ place. Winston tries to manipulate the two women into sleeping with him. Even when the women realize that Winston is trying to do favors for them to lead to at least one of them having sex with him, they make it obvious that neither of them desire to have sex with Winston. Yet, just to give in and get rid of the annoyance of Winston’s pestering presence, one of the women proceeds to go have sex with him. Even though she doesn’t want to. The portrayal of this scene is far from humorous like the producers intended for it to be. It is creepy. It is disgusting. It is degrading. It promotes the notion that sexual harassment is expected from men, as well as promoting that women are expected to tolerate it. It promotes that men are entitled to harassing and abusing women. It minimizes the negative impact sexual harassment has on victims. The unacceptable is portrayed and acceptable and funny when in reality, such insulting and dehumanizing treatment is detrimental, abusive and even traumatic.

Imagine if and when these kinds of harassment occur in the real world (and for sure, these, as well as other horrible things, do happen, and more often than many people are actually even consciously aware of). Actually, let me rephrase that, because harassment doesn’t just happen, harassment is done by someone. Someone, the harasser, is actually responsible and should be held accountable for their actions. Put yourself in the place of Cece in the incidents described, and replace the guys who harassed her with your friends, or put a woman you care about in Cece’s shoes, and imagine guys she knows treating her in this way. Does this seem appropriate to you? Would you be okay with hanging out with these kinds of guys or having a female friend hang out with them? Would you trust them in not overstepping boundaries even more than they already have? Or in not taking more advantage of women when they are put in a vulnerable position, such as being drunk or unconscious? Of course not. Or at least, if you’re a decent person, you shouldn’t.

These are just some examples of how blatant sexualization of people is trivialized and normalized in society and in pop culture. Sure, these things may seem “smaller” than sexual assault, but these are still not “little” things. These smaller things are never little, and they lead up to bigger things. They contribute to the normalization of making someone feel uncomfortable in a sexual way. Not enough people are batting enough an eye towards these disrespectful comments and or the like behavior and don’t even find them offensive.

This needs to change.

Tell them why it’s wrong.

Who knows how many more instances of sexual harassment were normalized and portrayed as humor through other episodes of New Girl and even other shows that have gone unnoticed or glossed over? Imagine the negative impact it has on the minds of audiences and their resulting behaviors and treatment of others.

And imagine the positive impact shows such as New Girl could have if they have characters that openly resist and condemn sexual harassment.